N377DL flew for nearly 18 years for Delta airlines with no major incidents or accidents until, on April 13, 2005, it was struck off the register, never to fly again.

The story of N377DL doesn't end there, the aircraft made a final flight to the scrap yard. Several years later the founder and owner of GoSimGo awarded the forgotten Boeing another chance at life, not in the skies; but simulating flight for future budding pilots wanting a chance to experience what N377DL experienced for over 18 Years: a chance to fly. 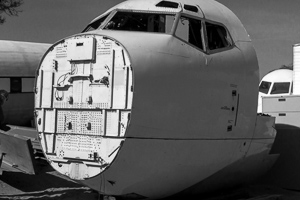 The nose section being trimmed for transportation. 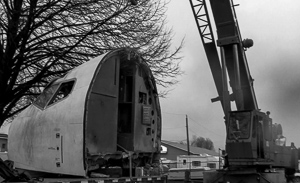 The nose section was delivered to Ottawa after 6 days of travel.

The first phase of the project was officially started in September 2011. At the end of the first phase, the nose section was completely emptied, and all wires and mechanical components were removed for further renovation and maintenance. 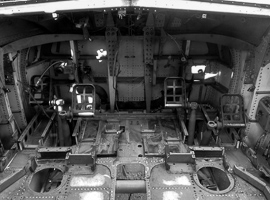 The centre view of the cockpit after the project’s first phase. 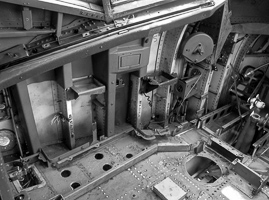 This is how the Captain’s side looked after the project’s first phase. 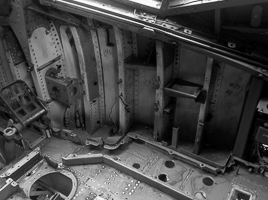 This is how the First Officer’s side looked after the project’s first phase. 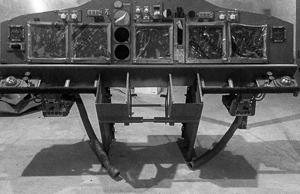 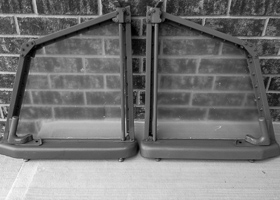 Authentic Boeing sliding cockpit windows were restored and are ready to be installed back to their original places.

The second phase of the project was started in August 2013. 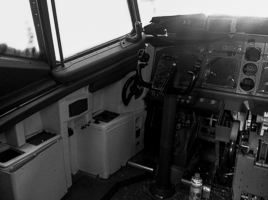 The Captain’s side during the second phase of the project. 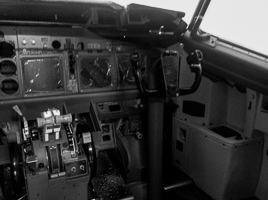 The First Officer’s side during the second phase of the project. 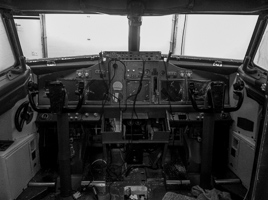 The MIP (Main Instrument Panel) during the second phase of the project. 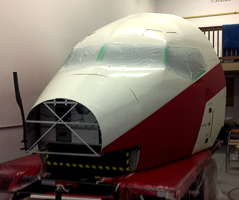 The additional half-radome section was built and the shell was painted in “GoSimGo” Red/White colors. (October 2013) 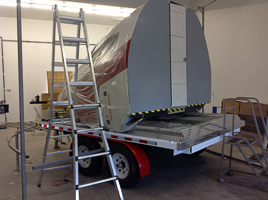 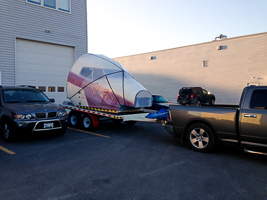 After a few months of successful tests and additional tuning, the SIM is finally ready for operations. The SIM is leaving the production location and is on its way to Gatineau Executive Airport for operations. 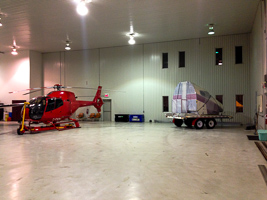 The SIM has taken its place at the new Airport’s executive hangar #4. 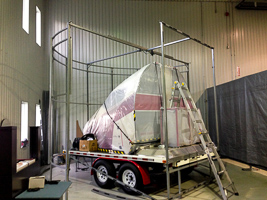 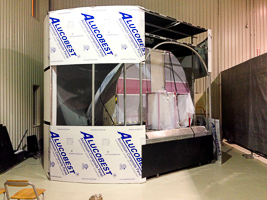 The GoSimGo simulator’s enclosure installation in progress after a few days. 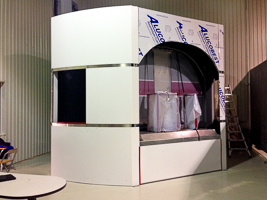 The GoSimGo simulator’s enclosure installation is 80% complete after a few days of work in Gatineau Executive Airport.

After some preparations and the final test, the GoSimGo simulator is ready and you can now book a flight!

GoSimGo is a flight simulator that provides authentic feeling of piloting a commercial aircraft.

Built inside a real Boeing 737 cockpit, we offer the most realistic flight experience from the moment you step inside one of the most popular and iconic planes in aviation history.

Subscribe to our newsletter and stay up to date with the latest news and deals!